He was the creator and host of The Magic of Oil Painting (1974–82) television series that ran on PBS in the United States.

The "wet-on-wet" or alla prima technique actually originated in Flanders during the 15th century, and was used by, Diego Velazquez, Caravaggio, Paul Cezanne, John Singer Sargent, Claude Monet and many other great artists.

Alexander is best known for the television program The Magic Of Oil Painting (1974-1982), which ran on PBD in the United States.

Alexander also teamed up with painters Sharon Perkins and Diane André. Alexander and the second artist would alternate episodes, with both painters using the wet-on-wet method. 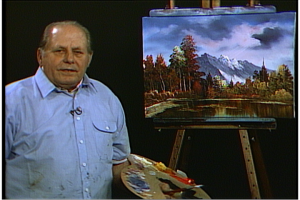